WHAT IS DISTANCE HEALING AND HOW DOES IT WORK

WHAT IS DISTANCE HEALING AND HOW DOES IT WORK?

Everything is energy and energy is everywhere at all times. Energy is not bound by either time or space. Therefore, distance has no barriers.

Distance Healing is an exchange of energy from the healer to the recipient of the session.

Technology has proven that human beings are more than just matter. We are an energetic field of consciousness. The scientific community calls it Radiant Energy, BioEnergetics, Energetic Matrix or a Quantum Hologram. The Hopi and Native American Indians call this energy the “web of creation.”

It has been scientifically proven that one can think about another person and that resonant frequency can be recorded across the country, the world and even in space. Astronauts have recorded brain wave increases when someone on Earth was sending them blessings and energy.

We have all experienced thinking of someone and they call or come by for a visit. There have been times when loved ones have “felt” that something was wrong, only to discover that it was.

For example: One day, I called a close friend and asked if he was all right. In my mind, I saw that he was in a car crash. I even heard the crunch of the impact. I immediately sent him healing energy. He returned my call shortly after and confirmed that he had just been in an accident. He was very startled when he heard my message; replying that his phone rang a split second before impact. Although, the car was totaled, he and his friend were just a little bumped up.

Here are a couple of examples of Healing sessions that I have performed.

Example #1: My sister called me from the hospital to work on her friend’s baby. The doctors told the parents to get their affairs in order, as they did not believe the baby would make it through the next hour. At the exact time that I started the healing on the baby, his vitals began to rise. The emergency staff said that they had never seen anything like it. Within moments, the baby was breathing on his own and stabilized.

Example #2: I was performing a “hands on” session at a retreat. My hands kept focusing on the man’s shoulder and arm. I tried to move to another part of his body, but Divine kept bringing me back to his shoulder and arm. After the session, he was guided to lie down and allow the energies to fully integrate. Several hours later, this man ran up to me and gave me a big hug. He repeatedly raised his arm above his head and out to his side. At this point, he informed me that he had lost the use of his arm in an accident. He played the violin and was scheduled to perform a concert and record an album the very next month. He could not bring himself to cancel that engagement. Now, he did not have to. He had full use of his arm.

Everything is energy and we are all connected by it.

We hate spam just as much as you
Personal Guidance
Sessions 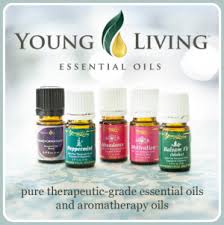 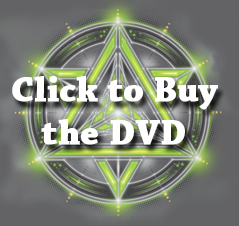