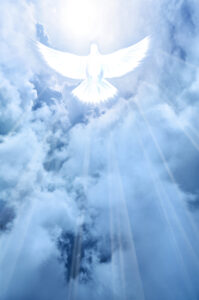 I channel the guidance and wisdom of the Divine Mother in Her many aspects, as well as Angelic, Christic and multidimensional Light Beings. I was trained as a Mary and work with the etheric Templar Knights. It is my Divine purpose to assist the planet and humanity on the journey to achieve enlightenment and ascension.

I have channeled worldwide at conferences, events, as well as, facilitate seminars and webinars to assist in raising your resonance, awaken soul memory, achieve your Light Body, manifesting and more. Please see calendar under “guidance” tab on home page for personal guidance sessions and/or group sessions. For host information visit our events link. Webinar dates to be posted soon.

I began channeling and hands on healing at the age of three; delivering profound messages greater than my years. People who have passed, as well as, Angels would come to me to deliver messages to loved ones. Often, I would see things before they happened.  I have been blessed with numerous phenomenal spiritual experiences throughout my life.  Many of these were pinnacle moments that shaped my life and awakened the memory of my agreement with divine source.

In August of 1988, I went to Egypt with a spiritual group for 8:8 to anchor in the Feminine. It was a spectacular experience that set my course for present day. During ceremony, Isis came through me at the Temple of Isis in Philae. In the process of anchoring in the Feminine, I activated and became my light body. I experienced split focus, as Isis spoke through my voice to two and three people at a time. Each individual before me received their own message unaware of the others. This went on for more than two hours and was witnessed by approximately 200 people.  Upon completion of the ceremony, I became aware that I was levitating a couple inches off the ground and for three days, thereafter, I did not leave footprints in the sand.

In 1989, I went to Ireland to be ordained by Lady Olivia Robertson, Founder of the Fellowship of Isis.  At this ordination, I received my spiritual name White Bird.  I was ordained a Priestess Hierophant and founded the Lyceum of the White Bird of Isis.

In 1993, I was chosen to be the Fellowship of Isis coordinator for the Parliament of the World Religion 100 year celebration in Chicago.  During which, I was graced to meet the Dali Lama.  While in Chicago, I was honored with a ceremonial dance with each of the Native American Chiefs of all the Nations during a historic Pow Wow.

In 1994, I participated in the Archangel Michael’s Conclave in Banff, Canada.  During the Melchizedek Ordination on the final day of the conference, I activated my light body and became a column of light.  As I regained awareness of my physical body, I became conscious of the multitude of people before me to be ordained.  This experience, once again, prove to me and others that activating your light body is attainable.

In 1996, I embarked on a trip to France and Spain, to experience the Black Madonna’s, Rennes le Chateau and the Holy Grail with a tour group. While sitting in a private chapel in the Montserrat monastery, the etheric Templar Knights appeared before seven of us and asked our permission to work through us. Each of us were trained as Mary’s and had pledged ourselves to heal, protect and serve for the Greatest Good.

In December 2012, I was guided to travel to Mount Shasta, CA to be a bridge for the influx of energies showering the Earth. On December 11th, in preparation for the multidimensional shift of our planet on 12-12-12, I received an upload of a new Light Language through a beam of light while performing ceremony on Mount Shasta. I was informed by a Light Being that this Light language will help humanity move more gracefully through the transitions of multi-dimensionality and higher resonance. I was also informed that my path is to share this language with the souls who have chosen to be present, at this time, to assist them in raising their frequency and consciousness.

I have worked with the Sisterhood of the Emerald Fire since 1996.  In January, 2013 I was ordained as a minister into the Sisterhood.

I have been a speaker and/or a facilitator in such events as:

On the more 3D side, I received my cosmetology license in 1984 and worked with the Paul Mitchell design team FL/GA. I moved to Georgia in 1986 as an educator/sales rep for the Paul Mitchell distributorship FL/GA and opened a full service hair salon – Gayle & Friends in Norcross, GA.  After attending the Homecoming Conference in Mount Shasta (1995), I closed the salon and worked part time in order to devote more time to my spiritual path.

In 1999, I received my bio-energetic practitioner’s certification with BioMeridian, to assist people in healing their bodies naturally. In 2000, I opened an alternative health clinic called Body & Nature. I received my Doctorate in Natural Medicine from the Southern College of Naturopathic Medicine (Arkansas) in 2003 and a Doctorate in BioEnergetics from the Academy of BioEnergetics in 2004.

I am still currently active in my alternative health clinic, as I make the transition into full time spiritual work.

Throughout my life, the Divine has repeatedly given me lessens and experiences to assist in my spiritual growth.

While at Stonehenge in April, 2012, it became undeniably clear that it was time for me to stand in my truth and fulfill my promise to share the sacred wisdoms that I have been receiving all my life.