Whew!! We made it through the eclipse on May 25th! I don’t know about you, but the full moon on the night before the eclipse had me up and dancing in the moonlight. Seriously! The energy from the recent lunar eclipse was so powerful, that I only slept seven hours within that three day period. Amazingly, I was energized throughout the whole eclipse! 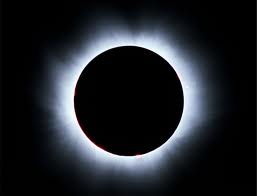 The first part of the year was challenging for many of us. For me, I sometimes felt like I was walking in mud up to my knees. While at the same time, I was moving at a warped speed.

Things that I had put off became pressing issues. Emotional “stuff” that I thought I had taken care of, surfaced once again. In a recent channeling, Divine addressed it as “Ascension Flu.” I experienced several of these symptoms, as did many of my friends, who bombarded me with questions, asking what was going on with the universe.

How about you? Have you experienced any unusual symptoms since the first of the year?

As we entered the New Age of Multidimensionality, our bodies, emotions and thoughts have had to adjust, along with Mother Earth. Our cellular vibrations have raised and our cells are pushing out lower vibrational “residue.” Thus, the myriad of symptoms.

Fortunately, with the Eclipse on May 25th, we had a reprieve!

On this date, we completed the cycle of suppression. An imposed negative consciousness frequency had wrapped the Earth and kept humanity in an enslaved mentality. Although the frequency grid was in place, Divine Love Consciousness was greater. The negative frequency was re-tuned. Earth and humanity were reset into an Unconditional Love vibration. We are now free to create our own destiny with Grace and Ease! As we advance through the next 6 months, the evidence will manifest itself!

On the day of the eclipse, we also turned a corner in our evolutionary progression. Our “way” will now be a bit more relaxed. We are half way through the first major integration process of this new Great Cycle. We will still be working on our “stuff,” but it won’t be as intense as the past 5 months.

This first integration process will complete on the Winter Solstice in December. You have from now until then, to transform as much lower vibrational thoughts and habits as you can.

As we move into 2014 and the next transition of higher dimensionality, the issues that weigh you down today, will become more dense. It is to your advantage, to transmute and clear them now. For you have immense supportive energy to assist you at this time.

Take inventory of the personality traits, behaviors and the repetitive thoughts that keep you in lack, fear and survival.

You REALLY can turn these issues around and move them out of your energy field quickly and with Ease. It takes Disciplined Thoughts and a true commitment to yourself. Make a conscious decision to be the best you can be, from this moment forward. Visualize how you would like your life to unfold and then let it!

With Humbled Grace and Divine Love,

If you have experienced any unusual symptoms in this year 2013, please share your comments below. Blessed Be!